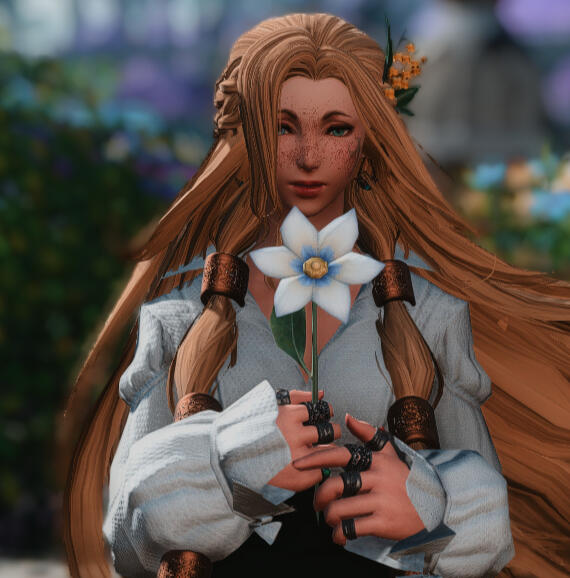 Marvina Lieuxmordt
A LADY, BUSINESS WOMAN AND A BELIEVER
RP CHARACTER LOCATED IN FFXIV, FROM BALMUNG.
AS WRITTEN BY ASPNSPARROW since 2 0 1 5. 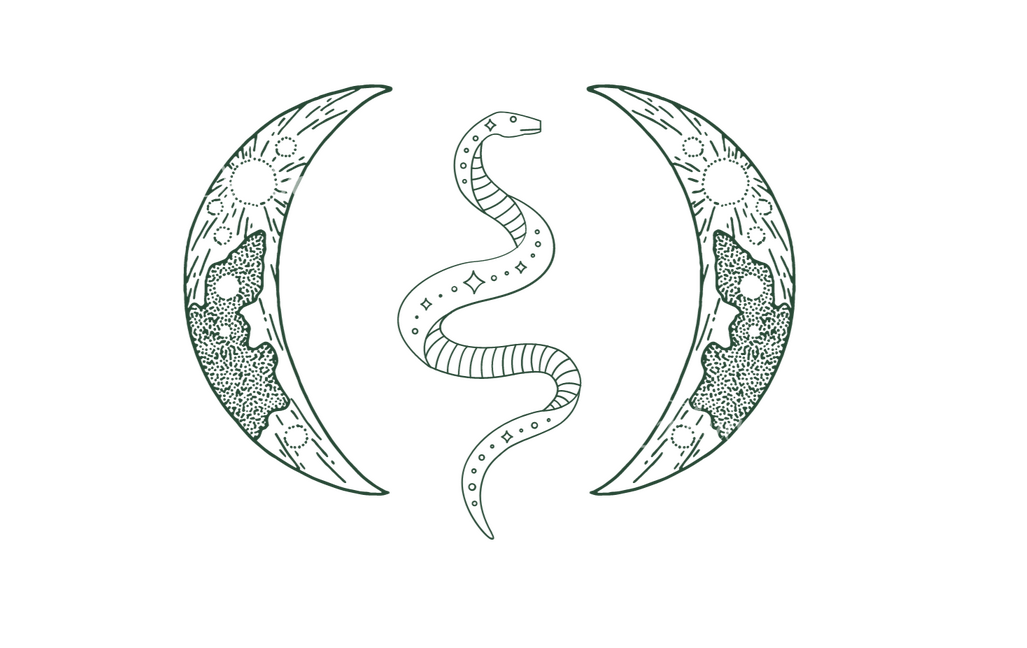 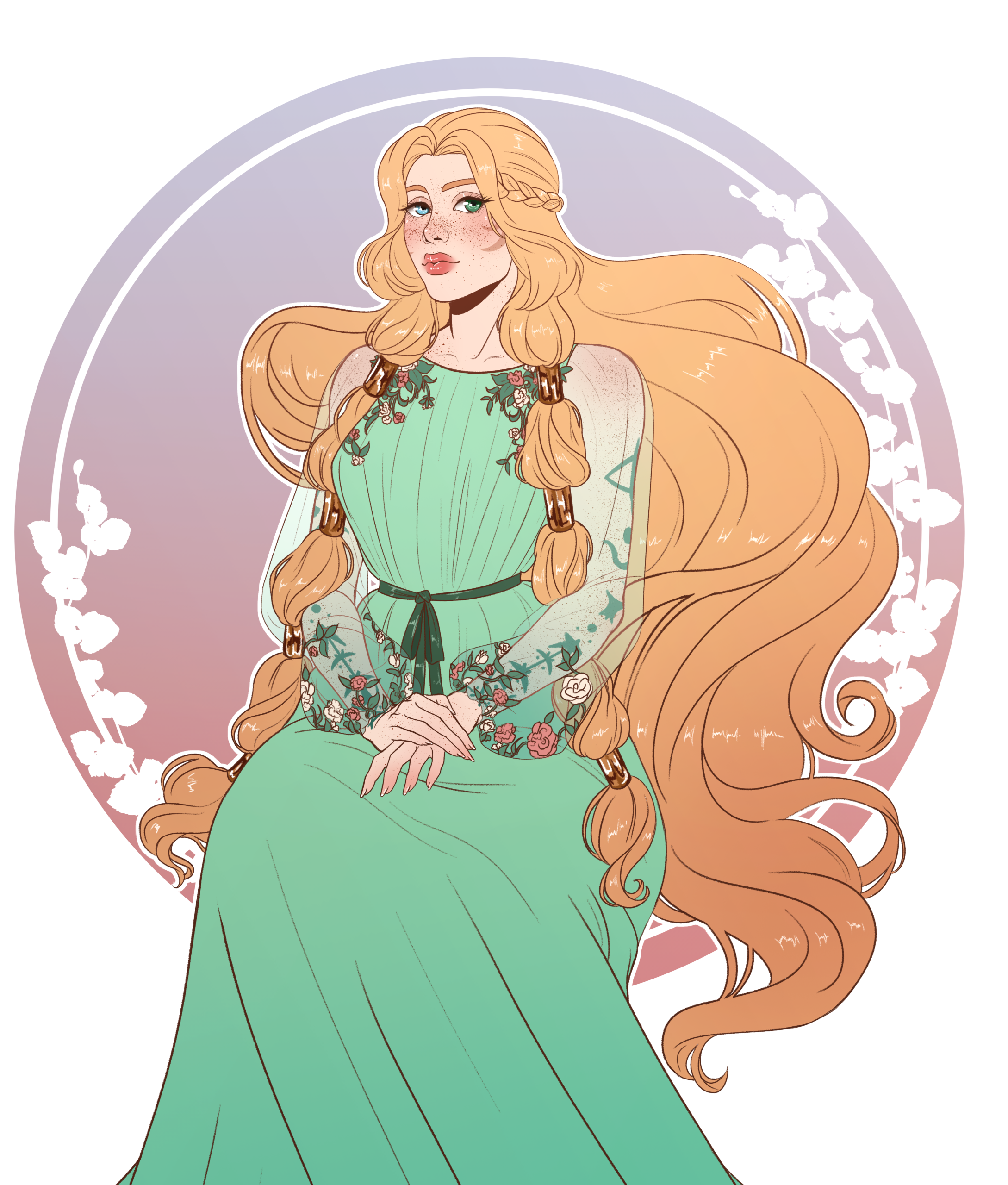 O1 The title that seems to be getting the most traction now days is the one newest to the Hyur. Having married her husband only moons ago, she has taken to her role as Lady of his house very seriously. Putting in plenty of work within the Holy walls of Ishgard to assist in bringing other gardening techniques in and ways they can cultivate the land even in their cold environment.She is known for working to currently get revisions to the botany laws of Ishgard to be ratified by the House of Commons and Lords. And building up her flower shop that was already known for their quality blooms to be more of a fully fledged plant nursery. Teaching those of Ishgard the wonders of indoor gardening as well.

O2 Any familiar with the East Shroud knows the Gardeners just as well as the Hawthornes. While they are an ancient family that can trace their lineage back to the times before the emergence from the underground and to some of the first conjurers; they have never been known to produce a Padjal. But, they are known to produce hearers and conjurers of particular skill. Thus they have heavy ties to the conjurer’s guild. Being the daughter of the head of the Gardener Clan, Marvina is believed to one day take over for him when it comes time for him to rest.Due to this fact, if you are part of the botanist, conjurer, or just the gossip circles of Gridania you would know of Marvina if not from her own merit; than due to the way her father speaks of her. Like a proud father of a newborn and has still never learned that his little girl is not quite that small anymore. Her flower shop that doubles as an alchemy shop and a first aid center to Wood Wailers is quite popular in the East Shroud and she is known to have close ties within the Sylph community.

O3 Though her name is the talk of the merchant class, there isn't much truly known of Lady Marvina. Just that she was known as a gentle and kind soul who offered healing and blooms at discounted rates. But, seemingly overnight a powerful Syndicate member left everything to her and disappeared without a trace.Now, with the assistance of her stepson, she works to offer all within Ul'dah the chance to better their lives while also strengthening her own power base.

O4 A title few know. And one does not utter it without knowing exactly what it may draw to you. For the healing hand is one that can destroy with startling accuracy.There are secrets within the Twelveswood, ones that whisper of their A'entela and her Sai'entel. The dark shadow that waits within the thorns and the beautiful light that would lead you to his maw.One thing is known for certain though. Don't break the covenants of the Wood, lest you find what hides under the boughs. 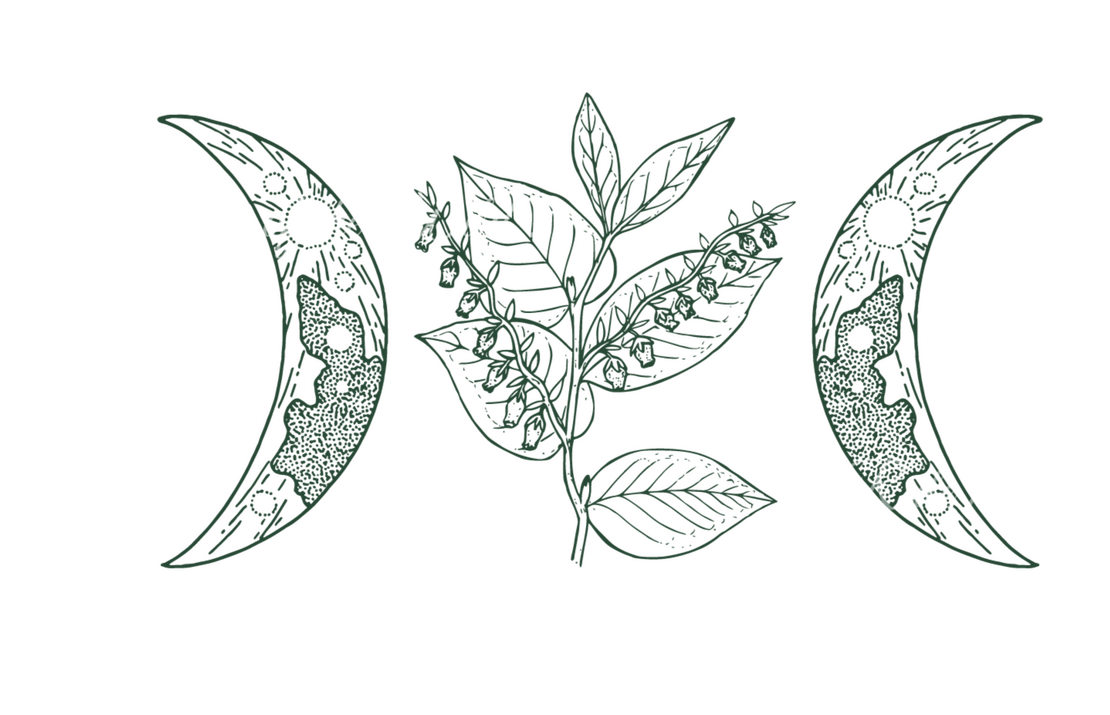 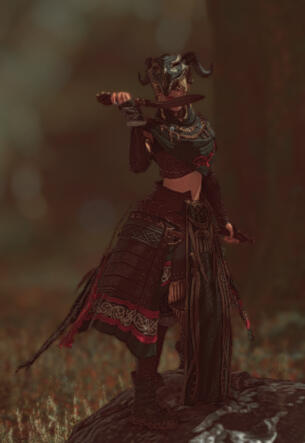 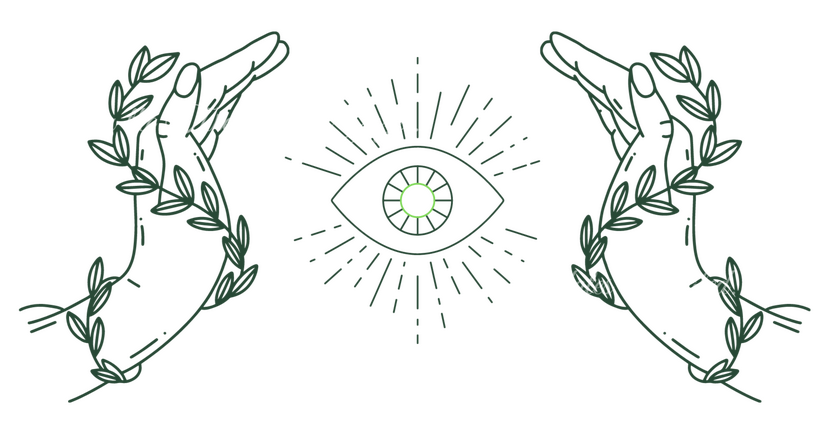 Marvina is a woman of a complex past and an even more winding future. Her's was a fate that was written far before she was born, and one she takes head on. With the support of her husband and those she calls her allies, she constantly works to try and help keep the balance within the Star. All while trying not to neglect the fact she is still a person with needs and dreams of her own. 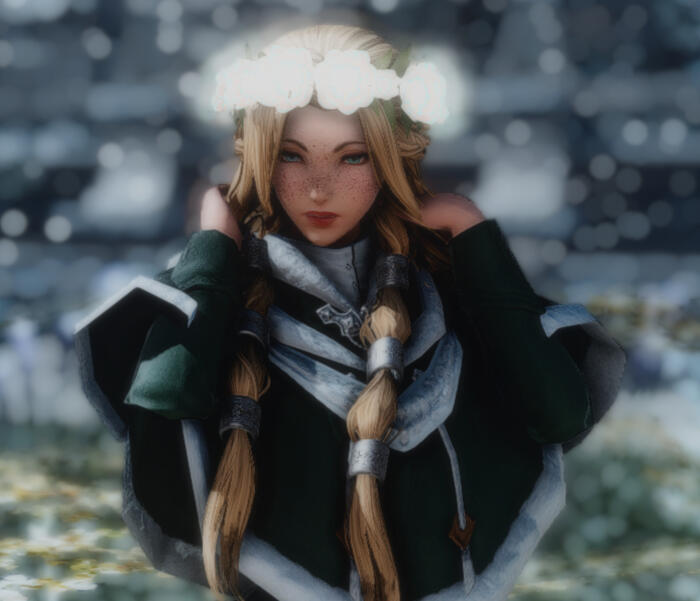 The Lady
If you wish to interact with Marvina based off of her noble ties; here is some information you will need to know:O1 She is known to be the wife of a reclusive noble known as Varden Lieuxmordt. The family seemed to 'appear' seemingly from nowhere within the past few moons, yet they came with strong ties to the community at large.O2 She can commonly be found assisting at the various clinics and as of late spending quite a bit of time around the Cathedral to offer her services as a tutor in the healing arts.O3 If involved in reforms within Ishgard, one might know her from her passionate speeches of how a revision of botany law must be done for the future of Ishgard and the various programs she has started to make indoor gardening more accessible to the people.

The Syndicate Member
If you wish to interact with Marvina based off of her Syndicate ties; here is some information you will need to know:O1 She grew her name off of Gardener's Grove and Vina's Vials; the two shops she ran within Ul'dah. Though she became known as the assistant to the Syndicate member known as Lady Dusk. And when the Lady chose to take her leave of politics and Ul'dah, she left her organization and seat to the 'shy' assistant who had stayed by her side.O2 Aside from her shops, she is also known to work as a contractor for various guilds. Taking clients to make their deals as iron clad as they can be within Eorzea, Thavnair, Kugane, and even out to Sharalyan. Some circles have taken to calling her the 'Backwoods Lawyer', though meant as an insult; she doesn't seem to mind it.O3 There are some less than sweet rumors one might hear. That those who have tried to tail Marvina or intimidate her always seem to run afoul if something in the cruelest and most terrible of ways. Yet, nothing ever ties back to her. 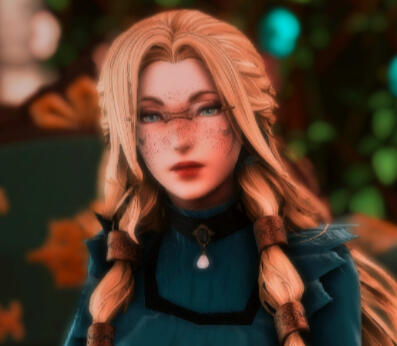 The Woods Witch
If you wish to interact with Marvina based off of her ties to her homeland; here is some information you will need to know:O1 The Gardener Clan is a widespread family known within the East Shroud yet not tied to just that. They are known for producing all sorts that join the ranks of the Wailers, Quiver, and conjurer's guilds. Though they have a more 'ancient' way of worshipping the Elementals, their loyalty to the Twelveswood is absolute.O2 For those who've spent years within the Twelveswood, they may know the rumors of the young Gardener girl who ran off and came back a changed woman. Or even further back, the scandal it was when the head of the family, Aster, married an outsider instead of someone from the Wood.O3 Within the borders of her homeland, Mar is known for her works not only with the Sylph tribe(works she simply assisted her father with) but also with trying to assist her fellow countrymen with their biases and 'outdated' world views. While it labeled her 'strange', she seems determined that one day -all- residents of the Twelveswood can live under the boughs in peace.

Behind the Veils
Behind it all, Marvina hides her true self. A side very few ever get to witness. Though, if someone is persistant enough, they may hear some rumors.O1 They say on some nights, you can hear the Shadow of the Thorns; a beast of fairytales and nightmares that stalks under the boughs, waiting to punish those who work against the Wood's Will. And trailing after him is the Lady of Blooms, his consort and one who may grant you mercy if the Elemental's deem you fit for it.O2 There have long been rumors of those who work to deal the Elemental's fury. Wildlings and those chosen by the Spirits to be the vengeful hand of the Green Wrath. Some survivors state a crazed wildling with antlers sprouting from their head has been issuing punishment with a whole gang of shape-shifting horrors. But, who can believe the ramblings of a mad man?O3 Charms have began appearing along the East Shroud, from farms, to ranches, and even along some long forgotten paths. Bits of bone, wood and leather fashioned into the image of an eye. Usual with a gil coin or a dice left with it. Alongside one might see a depection of a large ent-like figure with curling horns. Or a pixie figure with antlers. Such a strange omen, what could it mean? 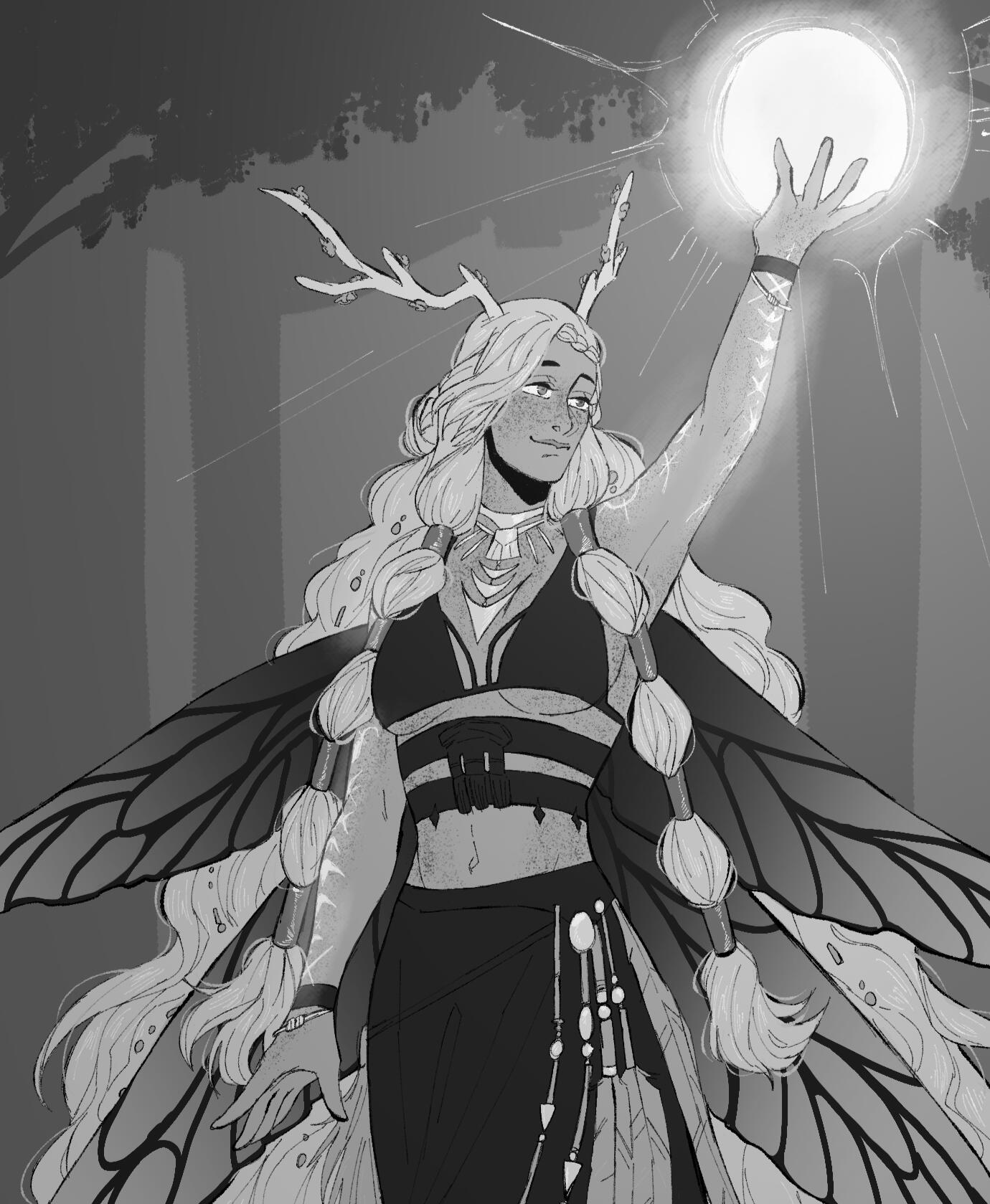 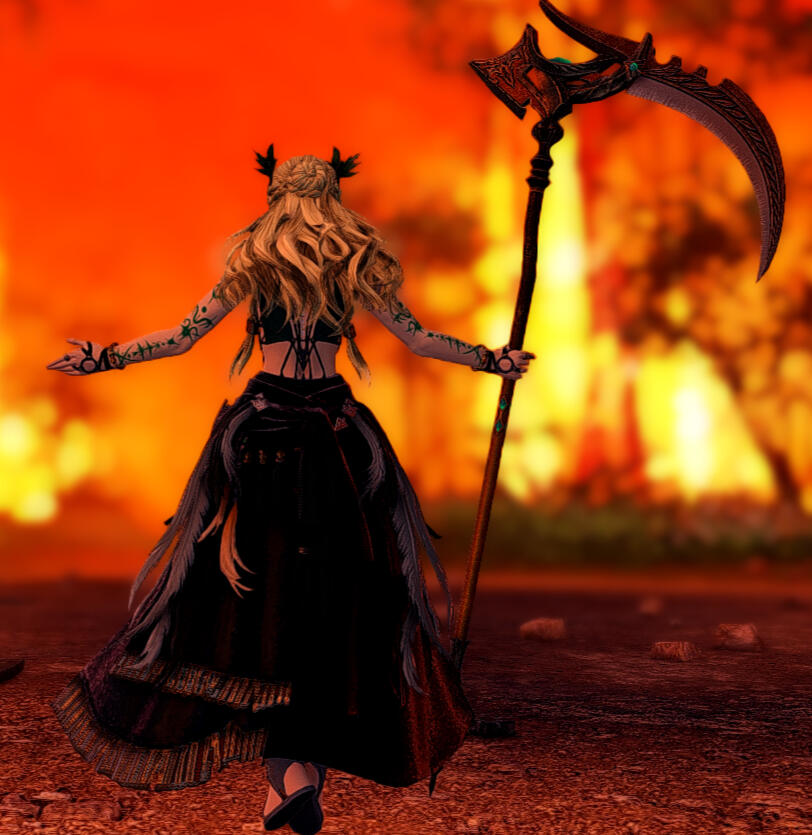 O1 I am 21+ and I am just more comfortable rping with others that are 21+ as well. If you are under 21, please do not interact.

O2 I have a very busy life IRL, and while I love to have things planned out. Sometimes things happen, IRL always comes first for me. And know that in return I give you the same respect, if something comes up on your end; just tell me and we're fine! All I ask for is healthy communication.

O3 There are many themes I will rp, but I will not rp anything involving r*pe, the killing of my character, or any sort of AU shipping. This list is subject to be added to if other themes come up that I am not comfortable with. Please respect this.

O4 Discord can be given out at request, but I prefer to rp in game. I have no qualms storybuilding or having elements from Mar's past so if you wish to be a part of that. Please reach out!